“The concept of physical therapy was as foreign to me as visiting Mars until I had to go. At first, I was just going through the motions until one day I realized that I was actually getting better. Erica Meloe is the best example of a therapist who puts her all into her practice and her patients. She is so knowledgeable about the human anatomy that at times I thought she was an MD in disguise. I have come a long way since my injury, and a huge thanks to Erica for helping through this journey.”

“Erica is intuitive, skilled, caring and overall simply terrific. I first discovered this when I hurt my shoulder ten years ago. Before seeing her, I was in pain for almost two months. I was a frustrated lifeguard swimming with one arm. Erica took time to get to know me and to explore the way my body moves. She patiently worked with me until I was not only pain free, but stronger. For a decade she has treated me and my numerous dancing injuries and painful mobility issues. Erica has never told me to completely stop doing what I love. instead she has figured out how to help me continue pain free and has educated me in ways I can help myself. She is amazing!!!!!!!“

“My entire right shoulder girdle seemed to be out of alignment for over a year, causing me neck pain, preventing me from lifting weights, and even causing my right sterno-clavicular joint to protrude markedly. My scapula seemed to be stuck in a too low resting position, pulling everything else out of whack. I had been seeing a well-regarded physical therapist for a year but without success; indeed I got progressively worse. Then my trainer recommended Erica and within two months I was noticeably better and within four months I was 90% of normal. Erica really understands the human body, but can also translate that knowledge in a way that the layperson can understand, giving me simple exercises that I could do on my own.”

“I’ve been working with Erica for over a decade now and she is the best in the business. As an avid runner and a running coach, she is the first person I turn to when something isn’t right with me or my clients. I initially sought Erica’s help after a nagging ITB issue wouldn’t go away. I had seen two different PT’s before Erica and neither of them offered the level of attention or expertise that Erica gave me. Within 2 months I was pain free and have been symptom-free ever since. A few years later, I returned to Erica for rehab on my achilles and my spine after two fluke injuries. Again, Erica’s personal approach and commitment to my health was unbeatable. Unlike many PT’s who walk you through the machines and sometimes only spend 10 minutes with you. Erica is present the entire visit and her style of manual therapy is very effective. Not to mention, she will teach you about the effectiveness of a little thing called preventative care. Thank you, Erica, for keeping me healthy!”

“After suffering through six months of intense pain behind my left shoulder blade, it was determined that there was a cyst on one of my vertebrate pressing on a nerve. The doctor who found the cyst said there was nothing to be done. Of course, I went for a second opinion. The second doctor said surgery was an option but first recommended that I try physical therapy and referred me to Erica Meloe. After six weeks of therapy, I was completely pain free and have remained pain free for over four years.“

“After many failed attempts with therapy, I thankfully found Erica Meloe through a running coach. Being from 3 states away, I quickly rearranged my work schedule for 2-3 months and worked with Erica extensively. I can honestly say I have not experienced the pain relief and results I achieved with Erica in over 10 years.”

“Erica “fixed” my sister a few years ago, so when I had trouble with my hip this Spring and my physician recommended physical therapy, my sister insisted that I see Erica. She was amazing! She was able to see me right away, and was immediately able to determine the cause of my pain. Between weekly sessions and home exercises I was pain free for my summer vacation after about 6 weeks of therapy. Erica is really friendly and dedicated to helping her patients. She is also genuinely interested in connecting with her patients on a personal level. We have remained friends after my treatment ended, and I would never consider seeing anyone else if I should need PT in the future.“

“I am a professional dancer who first came to Erica for a sacroiliac injury. I was performing in a production for a few years where I was asked to do repetitive, one-sided movement. It wreaked havoc on my body in more ways than one. Erica’s approach to assessment is very unique, integrative and thorough. She not only figured out the improper mechanics that resulted in my SI injury, but found the link to a host of other chronic injuries I had been dealing with. With excellent manual therapy and a clear exercise plan, Erica helped heal my body and come up with an effective preventative plan moving forward. I would highly recommend her to anyone!”

Erica has been featured in: 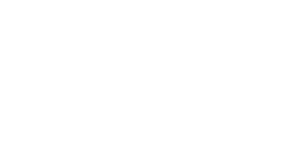 Ready to Learn 8 Surprising Reasons
why you are in pain?

Enter your email address below for your 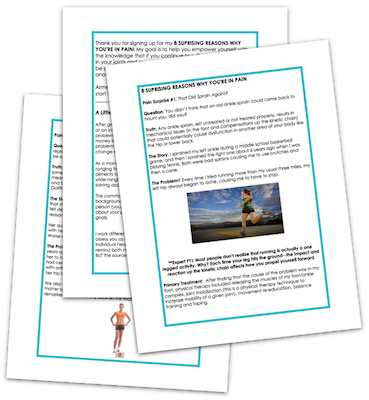